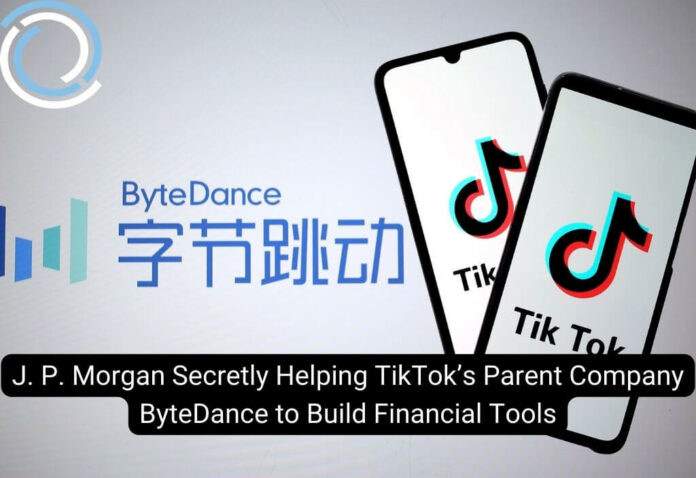 Launched in 2017, TikTok (Also known as Douyin in China) became a household name and quickly stormed into the social media application market around the globe. In the last year of 2022, various reports had shown that the platform that offers short-form video hosting services to users owned a staggering amount of 1 billion active users from the four corners of the world every month, and many surveys indicated that it is within the Top 5 most-used social media platforms in the past four quarters. Clearly the platform, which is owned by its Haidian-District-based parent company, ByteDance is capitalising on the trending content creation industry to alter how information, stories, knowledge, etc. are received in the most creative and attractive way possible.

Recently, the fast-growing marketplace had been reported to have ventured into the payment market with the help of financial giant J. P. Morgan. The collaboration, as reported, will assist in TikTok’s expansion to more than 24 global markets, reaching another wave of millions of users as a result.

How and When Did It Start?

If you did not know already, an enormous sum of $3.4 billion was spent by users on TikTok in 2022, for the purposes of sending virtual gifts. These presents can be in the form of diamonds and roses, where users used to shower their love and support to content creators whom they adore and love dearly. And which finance service provider did ByteDance use to manage their payment processes? You guessed it right, the New York-based J. P. Morgan.

The American multinational financial services company, which was founded more than two decades ago, is entrusted by ByteDance to oversee how payments are done from A to Z. In other words, from setup to money transfers and receivals as well as centralised banking account creations for several products ByteDance offers, including TikTok and Douyin, J. P. Morgan is responsible for streamlining the entire procedure. Nonetheless, we do not have the answer for the period where this partnership was kickstarted. Why? Because neither of these companies is willing to talk about it.

What Are the Brewing Concerns?

It is no secret that American banks, especially the big ones, are enlisted to collaborate with major Chinese companies over their payment process around the globe. Such a situation cannot help but to prompt many to think that their personal data and security might be in peril, given Chinese policy over information management. Besides, we already knew how vast TikTok has spread over the past five years or so and the volume of users it gained during the period of time. Not to mention the multiple reliable sources that indicated ByteDance’s plans to monitor certain citizens from the United States and how it could detect keystrokes from users via its coding mechanism.

Of course it is not a crime for ByteDance to strike a deal to work hand-in-hand with an American finance service provider to build a comprehensive payment system, considering how celebrated TikTok is in the country. Nevertheless, with no black-and-white documents being put into place relating to this partnership, the potential risks could outweigh the fun and entertainment that the platform offers sooner or later in the future.

A Ban for TikTok for Good?

Knowing the issues that the partnership can have in store for its billion of users, they should be addressed by the Committee on Foreign Investment in the United States (CFIUS). With the committee ready to lead the forthcoming national security deal, there will be calls for more restrictions to be imposed on the Haidian-District-based ByteDance as well as its products. Nonetheless, a total ban on the usage of TikTok for American citizens is highly unlikely, regardless of the potential danger it could pose.

Crucial Advice For Anyone Investing In The Stock Market