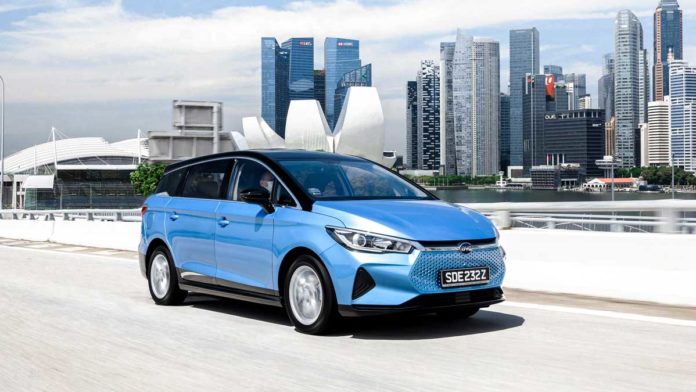 Beginning from November 1, BYD is reportedly planning to increase the prices of its batteries by at least 20 percent. The company cited the changes in the market due to the raw material limitations that led to this decision. The move is compensation for the company’s comprehensive increases in prices. The impact was from the global supply chains.

This China-based manufacturing company is initially based on electronics, right from its start in 1995. Later in 2003, the company extended its services with its BYD Auto. It soon erupted as the finest manufacturer of plug-in electric vehicles across the globe.

The ongoing pandemic hit the company hard with rising costs of the raw materials. A recent report suggested that BYD plans to increase the prices of its Lithium batteries to correlate with the additional costs. A letter from the company emphasizes the current market trends. If the rumors are true, the lithium batteries from BYD will see a price hike of 20 percent of the current rate in the least.

The company’s letter also noted the restrictions in power production this year, as compared to last year. Another report suggests that the price of the battery’s anode and electrolyte materials is set to increase by 150 percent. The cathode material price is expected to hit a whopping increase of 200 percent.

Hindered supply chains and raw materials, when added to the price hikes would reflect the manufacturing costs of the batteries. Reportedly, there would be a dramatic increase in the prices, forcing companies to hike the selling price of lithium batteries.

The company is reportedly planning to implement some measures to compensate for the costs. One such measure by the company is the increase of the price of a tax-included product by twenty percent. Moreover, the company is now planning to execute fresh contracts, including these changes. This would be effective from the 1st of November.

Moreover, the company is trying to cancel or close all the unexecuted and old contacts from November 1st. BYD hasn’t responded about these changes. Also, there is no information implicating the regions outside China, as of now. BYD’s batteries are mostly used in the company’s electric cars. However, this price hike will impact the supplies to other electric vehicle manufacturers, as suggested by analysts.

The company’s LPF batteries, i.e., Blade modules, were subject to significant price hikes earlier this year. However, the manufacturers seem to keep the costs owing to the loss of orders in the future. At present, BYD manufactures electric batteries for the company’s auto products. In recent times, the company initiated supplying its batteries to electric vehicles like the Mach-E variant of the Ford Mustang.

The midterm elections have been a source of much...