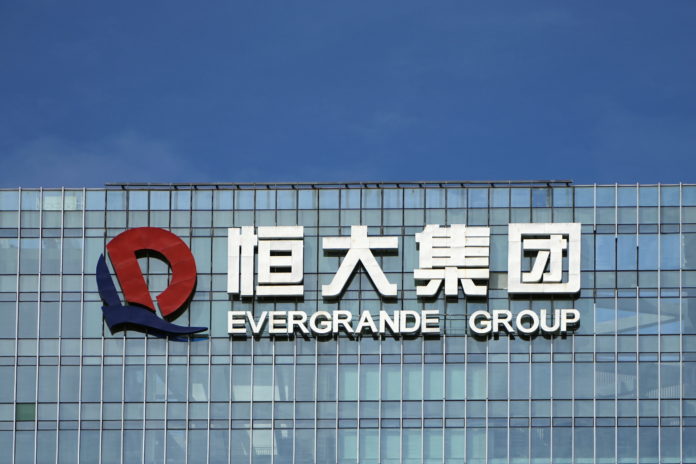 Evergrande, a Chinese property behemoth, is on the verge of bankruptcy, and experts warn that the repercussions might have far-reaching consequences that extend beyond China’s borders. “Evergrande’s collapse would be the biggest test that China’s financial system has faced in years,” says Mark Williams, Capital Economics’ chief Asia economist.

The world’s most troubled property developer has been rushing to pay its suppliers, and investors have been warned twice in as many weeks that it may default on its obligations. Because the Chinese developer is so large, the consequences of a possible collapse may damage not just the Chinese economy, but also markets throughout the world.

Rating agencies have frequently downgraded the company due to its cash flow issues. Evergrande’s troubles worsened last year when China enacted regulations to limit developers’ borrowing costs. These regulations limit debt in proportion to a company’s cash flow, assets, and capital. Its stock has dropped over 80% this year, and Chinese stock markets have regularly suspended trade of its bonds in recent weeks.

Banks, suppliers, homeowners, and investors are among those who are impacted. Evergrande warned this week that its deteriorating financial situation might lead to wider default risk. It cautioned that if it can’t pay its debts, it might face a situation known as “cross-default,” in which a failure caused in one situation spreads to other commitments, causing a cascade of consequences.

Analysts believe that because of Evergrande’s importance, the government will surely intervene. “Evergrande is such an important real estate developer, and it would be a strong signal if anything happened to it,” said Dan Wang, an analyst at Hang Seng Bank. “I believe there will be some supporting measures from the central government, or even the central bank, trying to bail out Evergrande.” says the analyst.

Other experts, though, believe that restructuring is more plausible. Capital Economics’ Williams said, “The most likely endgame is now a managed restructuring in which other developers take over Evergrande’s uncompleted projects in exchange for a share of its land bank.”

According to him, the government is likely to favor homeowners and banks over other stakeholders. “Policymakers’ main priority would be the households that have handed over deposits for properties that haven’t yet been finished. The company’s other creditors would suffer,” Williams added.

Negative comments about China’s financial outlook based on Evergrande’s single example, according to other analysts, demonstrate a lack of knowledge of China’s growth paradigm as well as a lack of professionalism. On the Hong Kong stock exchange, Evergrande’s shares finished 17.62 percent higher at HK$2.67 ($0.34) on Thursday.

“Evergrande’s crisis is not unexpected,” Cong Yi, a professor at Tianjin University of Finance and Economics, told the Global Times on Thursday. “As its development has been influenced by hoarding capital and splashing into unrelated businesses, such as bottled water and new-energy vehicles.”

The market, according to Cong, has reacted negatively to Evergrande’s financial crisis. “The central government guided the direction of the domestic property market early in 2016: Houses are for people to live in, not for people to speculate on. Hence, the exposure of Evergrande’s crisis underscores the authorities’ firm determination to regulate a rapidly expanding sector, whose development relies on piles of debt,” he stated.

The present focus is mostly on delayed payments for its high-yield wealth management products, according to Cong, who added that the company should bear the burden and that it is too early to discuss a government bailout. “Evergrande is not too big to fail. In addition, a government bailout is not in line with the central government’s principles in handling financial volatility over recent years,” Cong took notice.

Hu Xijin, editor-in-chief of the Global Times, wrote on his WeChat social media account last Thursday that Evergrande should seek salvation from the market rather than the government. Evergrande’s probable bankruptcy, he added, was unlikely to produce a systemic financial storm like Lehman Brothers’ fall since it was a real estate company, not a bank, and downpayment rates on housing in China were quite high.

Evergrande’s chairman, Xu Jiayin, stated during a late-night conference on Wednesday that it is the company’s job and responsibility to ensure the delivery of quality products of Evergrande’s projects’ buildings.

“There have been many unverified reports about Evergrande’s restructuring and takeover by local governments. But it is in line with expectations that local governments will take over,” The Shanghai-based E-house China R&D Institute’s research director, Yan Yuejin, told the Global Times. “Evergrande has a large number of projects. If these are not actively disposed of in various places, it is indeed prone to risks.” Various regulations against Evergrande are anticipated to emerge, which may serve as a springboard for fine-tuning real estate regulations, according to Yan.

As the debate over Evergrande’s financial situation continues to heat up, numerous remarks and speculations have been made. Everyone is clinging to their predictions. What is Evergrande’s plan to get out of this mess?

Are you interested in making money in currency trading?...