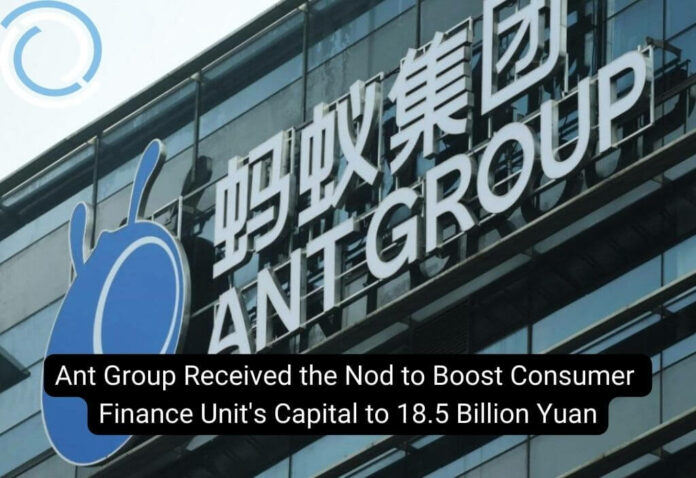 Regulators from China had just given Ant Group the approval to increase its consumer finance unit’s capital to more than double of its initial fund of 8 billion Yuan (To 18.5 billion Yuan), suggesting a sign of advancement in overcoming regulators’ concern over the group which was founded by one of the richest men on Earth, Jack Ma.

Ant Group, founded by Ma eight years ago, was ordered to suspend its initial public offering operations based on market fairness reasons namely a lack of an effective governance structure, incompliance of regulatory and involvement in regulatory arbitrage in 2020, prompting the group to drastically revamp its business structure and rebuild it in a way that is in accordance with the Chinese rules and regulations. A change of direction was later justified by Ant Group as the Hangzhou-based company turned to register itself as a financial holding company, in a model that is complying with the guidelines of the Peoples’ Bank of China.

That was just the beginning of Ant’s grandiose plan to alter its business as the group also started a new investment advisory service with six partners in the financial industry called Golden Choice Investment Consultants and bought a Singapore-based payments firm during the second quarter of 2022. This regained Chinese authorities’ confidence over the group, in which a temporary green light was awarded to Ant to kickstart its initial public offering policy once again in notable Asian financial landmarks namely Shanghai and Hong Kong. As these steps and movements suggested an end to its overhaul, China, as reported by Reuters, lined up a US$1 billion fine to be imposed on Ma’s Ant Group after two years of restructuring.

On last Friday, Ant Group was given another nod by the Chinese personnel, the China Banking and Insurance Regulatory Commission, allowing the former to boost its registered capital for the consumer unit department with a limit of 10.5 billion Yuan. A possible 18.5 billion Yuan can soon be attracted from investors, an amount that is more than twice of its current registered fund amount of 8 billion Yuan. It was stated that the group had been given a six-month deadline prior to complete its transformation to a different business identity before its request of the expansion of registered capital could be granted.

Although the timeline for Ant Group to revive its initial public offering plan remains uncertain, it already has a few moves in store, such as a 9.25-billion-Yuan investment in its Chongqing consumer finance unit that will amount to a 50% stake. Many other notable investors will be involved in the deal, namely Nanyang Commercial Bank, Sunny Optical Technology Group Co Ltd and Hangzhou-based Transfar Zhilian Co Ltd.

With major arrangements coming from Ant Group, it is likely to take the market by storm, especially with Ma’s company ending its own monopoly on information collection by cutting ties with Ant’s sister companies and liquidity risk management mechanism.

Find out how ChatGPT, a new AI chatbot is changing the way people do business here.

Simple Strategies Anyone Should Know When They Enter The Forex Market

There are negative sides to Forex trading, like the...